First, we have two independent wan links from two different wan operators. In second, we want, that our DMZ services, such as SMTP / IMAP, HTTP and, as example, SQL database – to be available simultaneously and independently on two wan links. Here is Mikrotik, as example, hAP ac lite with version 6.x.x (specifically in this lab – 6.34.4), services are connected to the global network through it. How to setup? 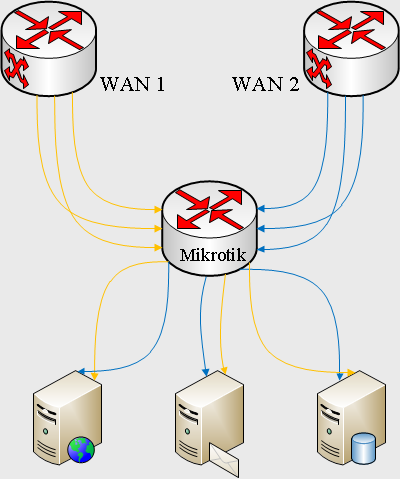 To complete this task, you need to mark traffic so that the responses of DMZ services to client requests from the global network go from the same interface to which the request came.

Mikrotik interfaces are marked respectively: WAN1 and WAN2. And in order not to get confused, the interface comment contains the designation of the provider and the interface number on Mikrotik: 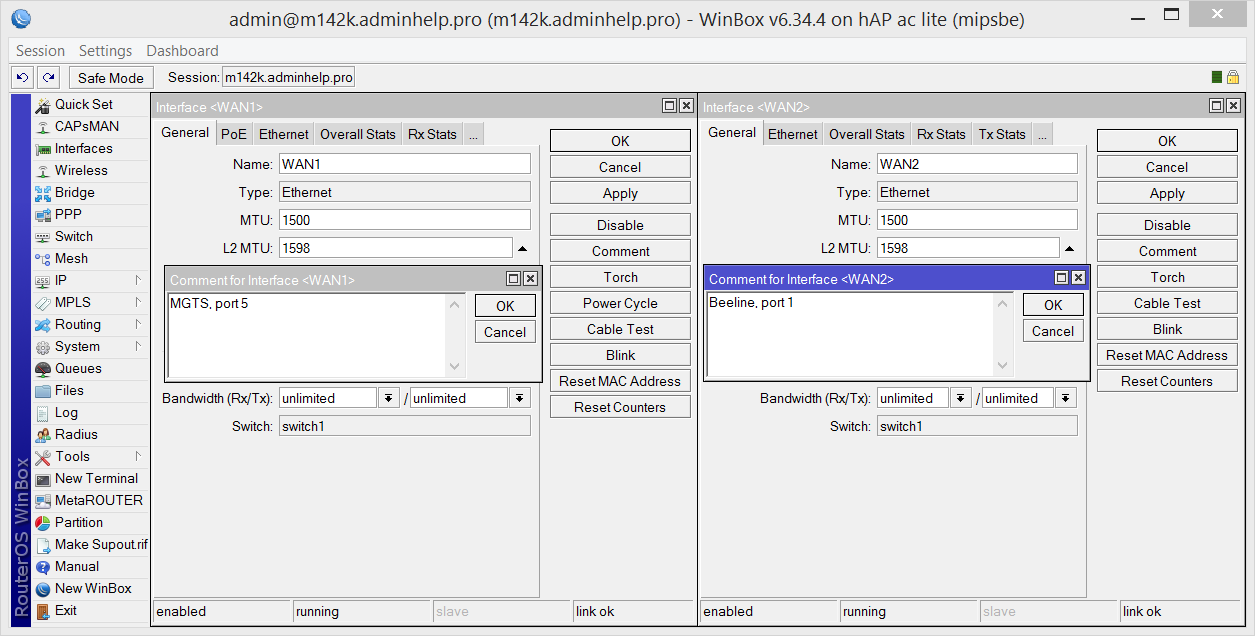 The default rules in IP-> Firewall look like this (they come with the default configuration, only rules for WAN2 and permission for winbox are added): 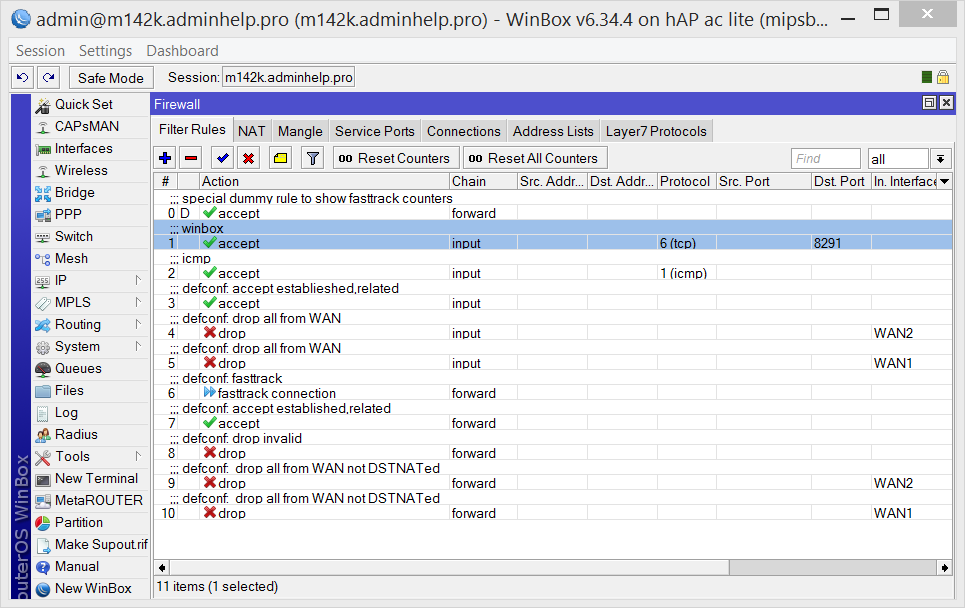 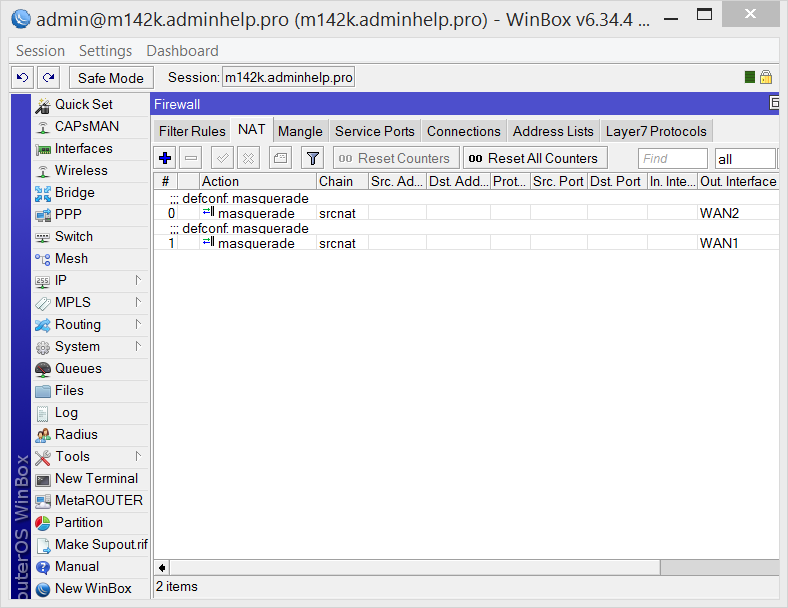 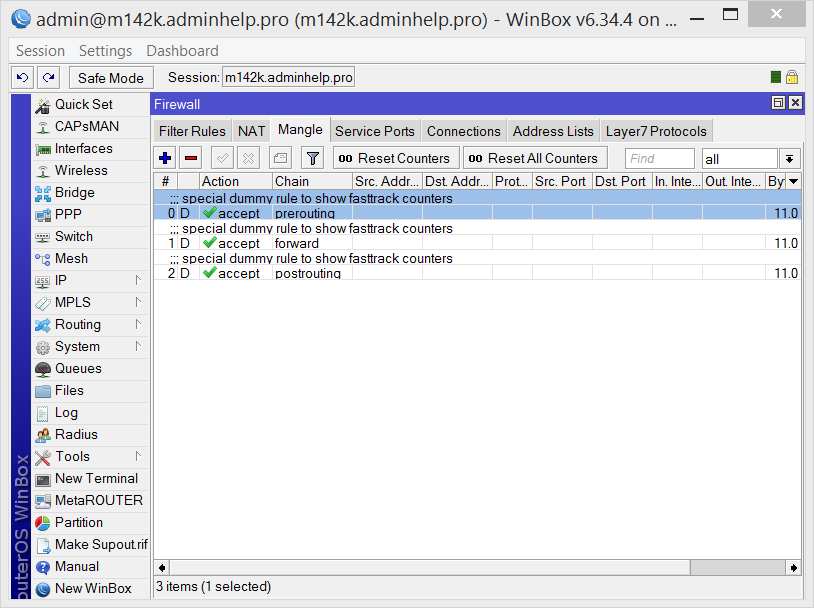 The problem of service availability on the links of two wan operators has been solved. The technology will work for more wan operators. However, the problem remains when using dynamic IPs and binding them to a permanent name in your domain. The current IP can be linked using the new RouterOS tool, starting from version 6.14  –  IP/Cloud . But what if you need to bind the second, backup channel to DNS? If anyone has a solution – please share in the comments, please

This site uses Akismet to reduce spam. Learn how your comment data is processed.